The healthy tooth consist of the crown (what you see in the mouth) and the roots which are buried in the jaw bone.The crown consists of an outer layer called 'Enamel'. The enamel is 1-2 mm thick and is made of millions of crystals and minerals; it is one of the hardest materials in the human body.Below the enamel is the dentine layer which is softer.The pulp chamber is in the middle which houses the nerve and blood supply to the tooth. 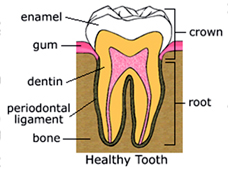 When plaque remains on the tooth, bacteria produce acid which dissolves the enamel crystals.This process is called 'demineralization'. With time, more enamel is dissolved and the bacteria reach the dentine. Once this occurs a cavity has now formed. With time, the bacteria progress deeper until the pulp is infected. This leads to inflammation, pain and eventually an abscess. An abscess occurs when the pulp tissue becomes necrotic (dead) allowing infection to tract to the end of the root.

An abscess can be seen in the mouth as a 'gumboil'. 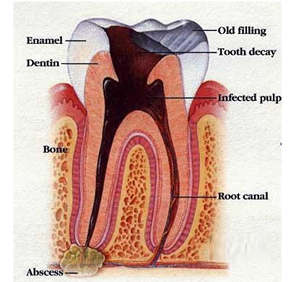 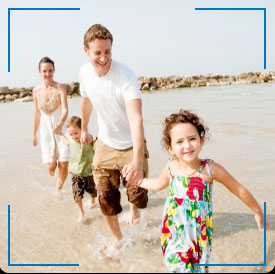